Before Diego was born we were already a family of three. Scamp was our miniature Schnauzer that somehow ended up with us after we took him temporarily from my husband’s aunt. I am glad we kept him. He was an important part of our family.

Scamp loved my husband like only a dog can. Completely, without question and innocently. They were two peas in a pod. Several years ago Scamp was diagnosed with diabetes. He required an insulin shot before each meal. Managing his diabetes was not too difficult but it did require us to be mindful of his meals. We often had to plan our outings based on his mealtime. We hardly noticed this after a while. When Scamp lost his sight due to cataracts I feared we’d lose him forever. I was worried he’d become a different dog, depressed and scared. I was clearly projecting my own feelings about becoming blind because after one day of stillness Scamp went right back to who he was. He didn’t need his sight to tip over trashcans or even climb and descend stairs.

Scamp taught me lessons and changed me in ways I cannot begin to understand.

During my pregnancy Scamp was a little more conscious of me. He followed me around more and stayed close by although he was by no means a lapdog. He was perfectly content laying on the floor near my feet. No need to overstate his affection I suppose.

Once Diego was born Scamp was indifferent. A little curious at times perhaps but for the most part he seemed unconcerned with the new creature now inhabiting his space and making unfamiliar sounds in the middle of the night. I think Scamp adapted very well. He never barked or became startled at Diego’s cries. He never tried to sniff, lick or steal any of his belongings. It was as if they were just orbiting around each other with no real contact.

I figured that as Diego grew older and more interactive this would change and I would get to see how they reacted to one another. Sadly this would not be possible. Scamp died on January 4 of this year.

To say that we mourned him would be an understatement. The loss of our faithful companion was very difficult. It was hardest on my husband, who lovingly referred to Scamp as his best friend. He truly was.

I miss hearing his little grunts after a meal, his snores as he slept and the gentle thud of our bedroom door when he pushed it open with his snout. Most of all, I miss him begging at every meal and his happy welcome each time we returned home.

I wish I could thank him for the many ways he enriched our lives. I guess this post in his honor will have to do. 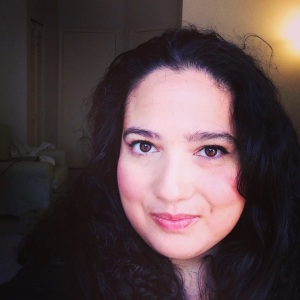